Due to its magnificently diversified insular geography Taiwan produces a plethora of diverse flowers in accordance with its variant altitudes and temperatures.  Adapting to the unique geography of Taiwan
The visual design of the brand is an extension of its principal concept.  The predominant visual design emphasizes the elements of diverse flowers of different regions in Taiwan.  As domestic market is its primary market the logo of its Chinese brand name utilizes the brush strokes of Chinese calligraphy to convey the pristine and gentle nature of honey.  The single-bottle paper packaging features Taiwan as its primary image made up of illustrations of various regional flowers and geometrical figures significative of the activeness of flying bees further accompanied with lines in golden color that is the color of honey.  This visual design expresses the idea behind 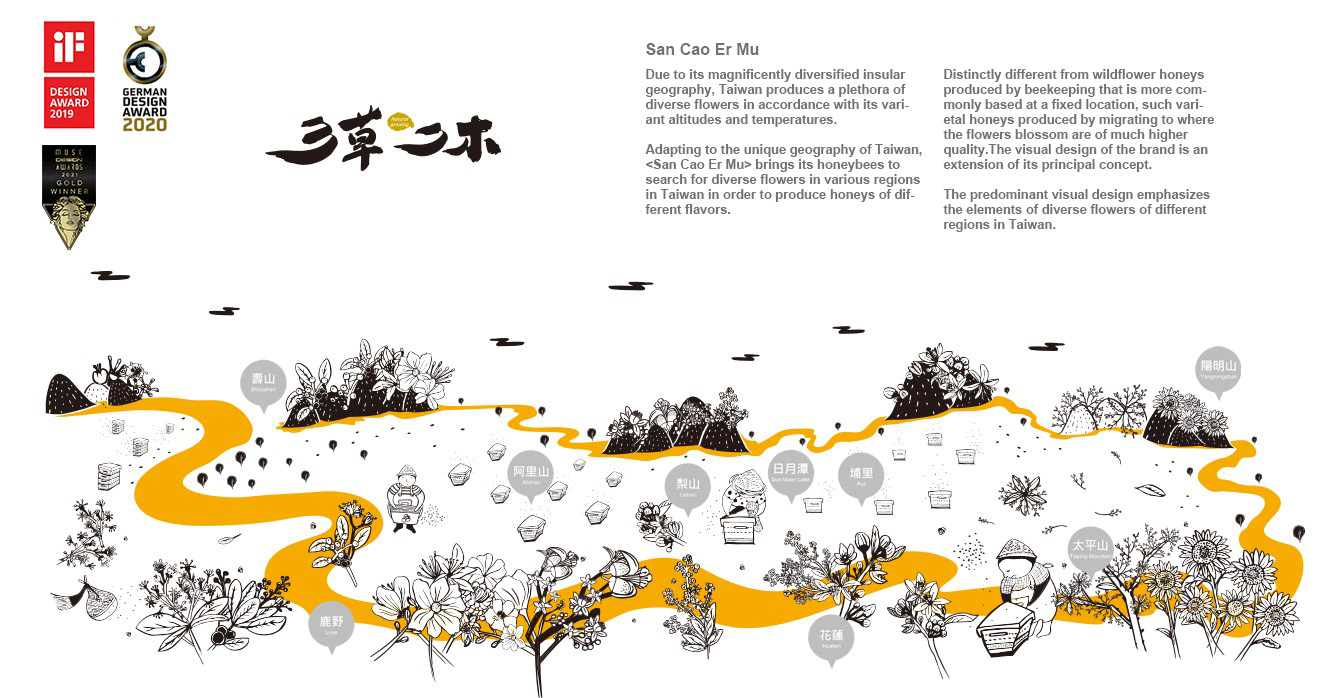 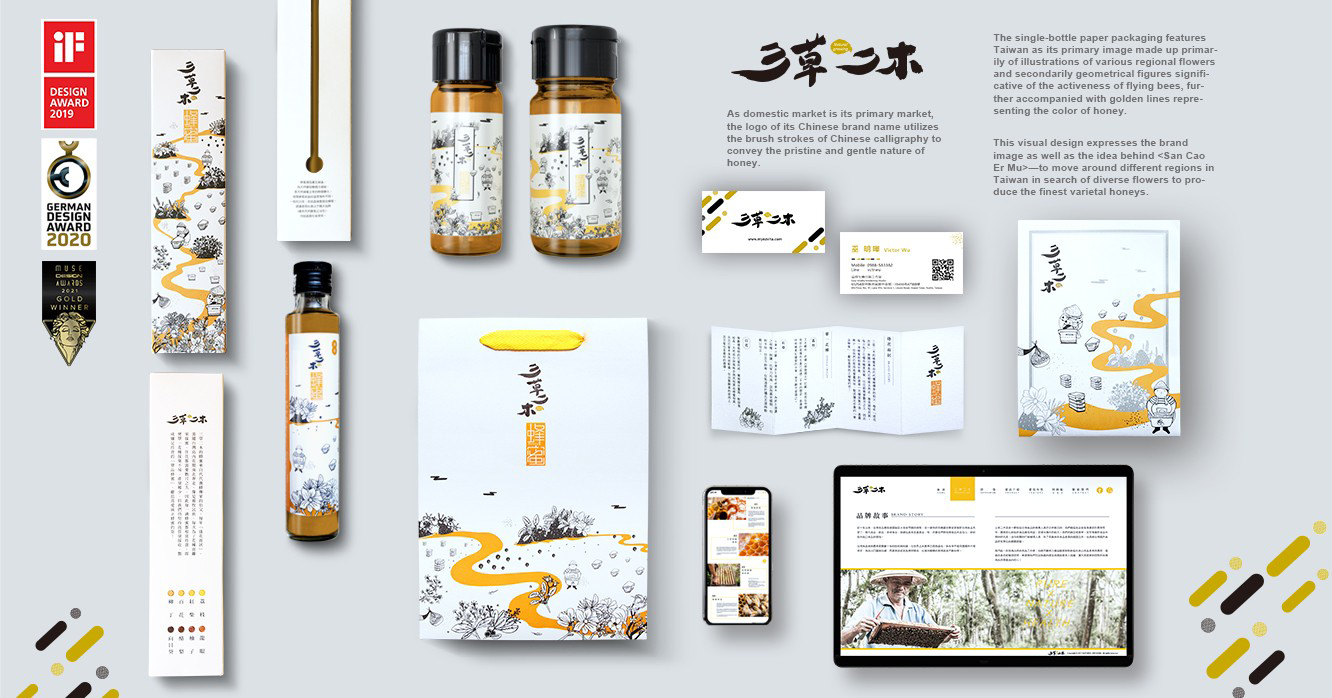 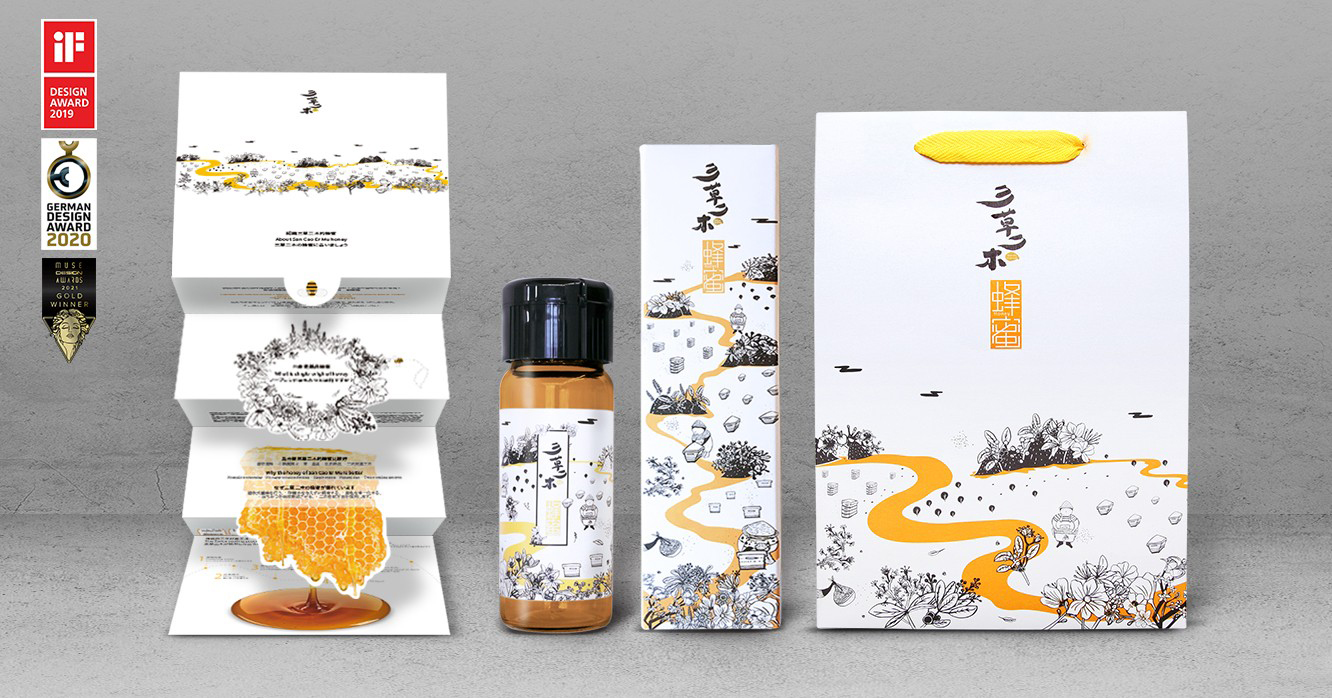 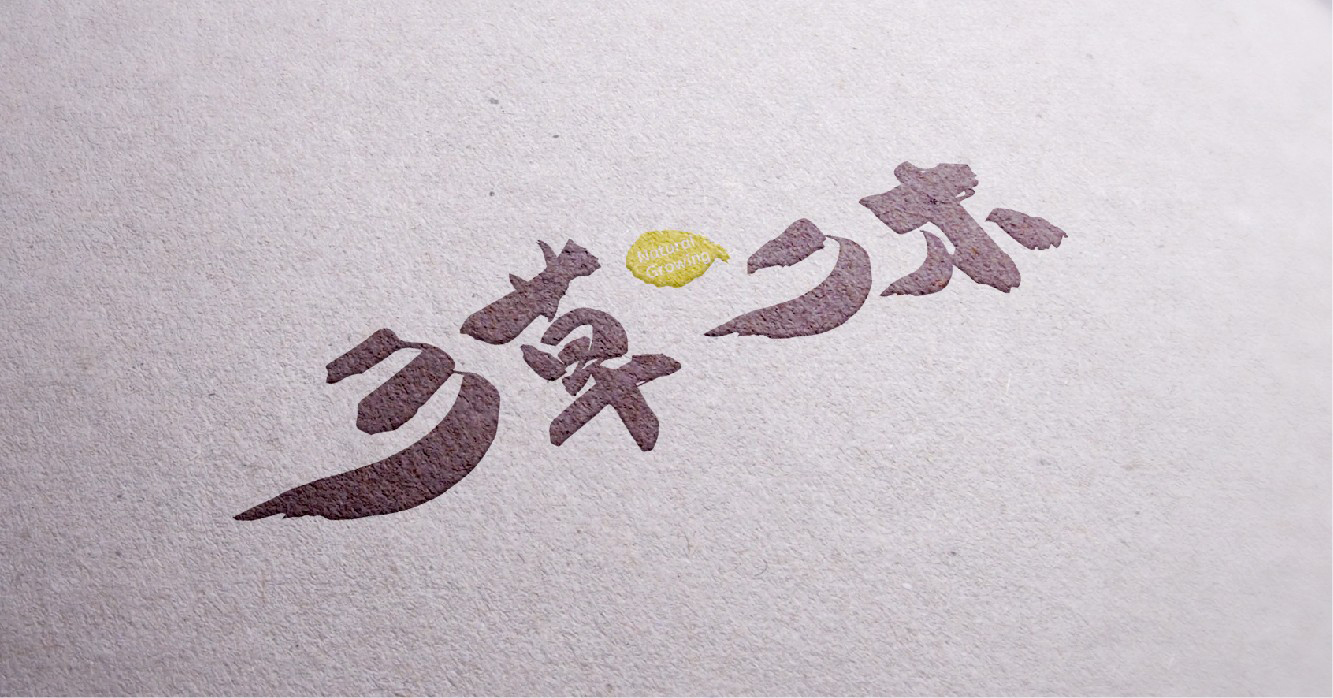 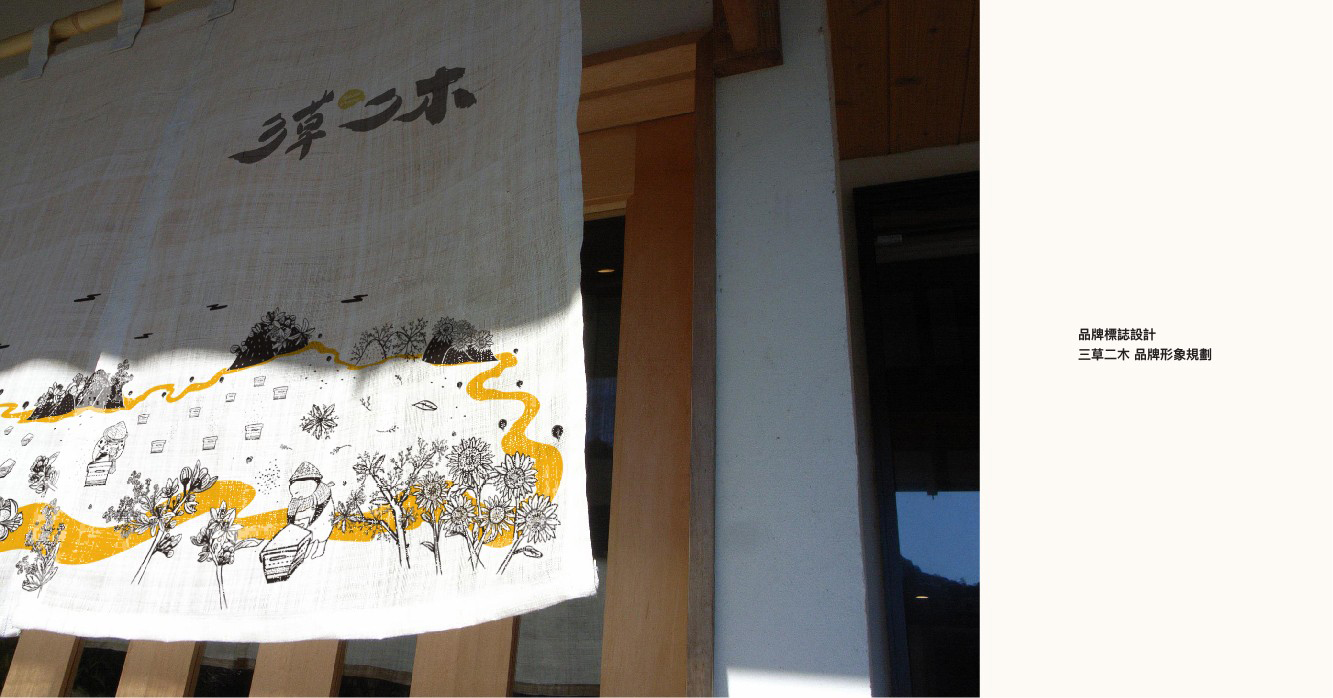 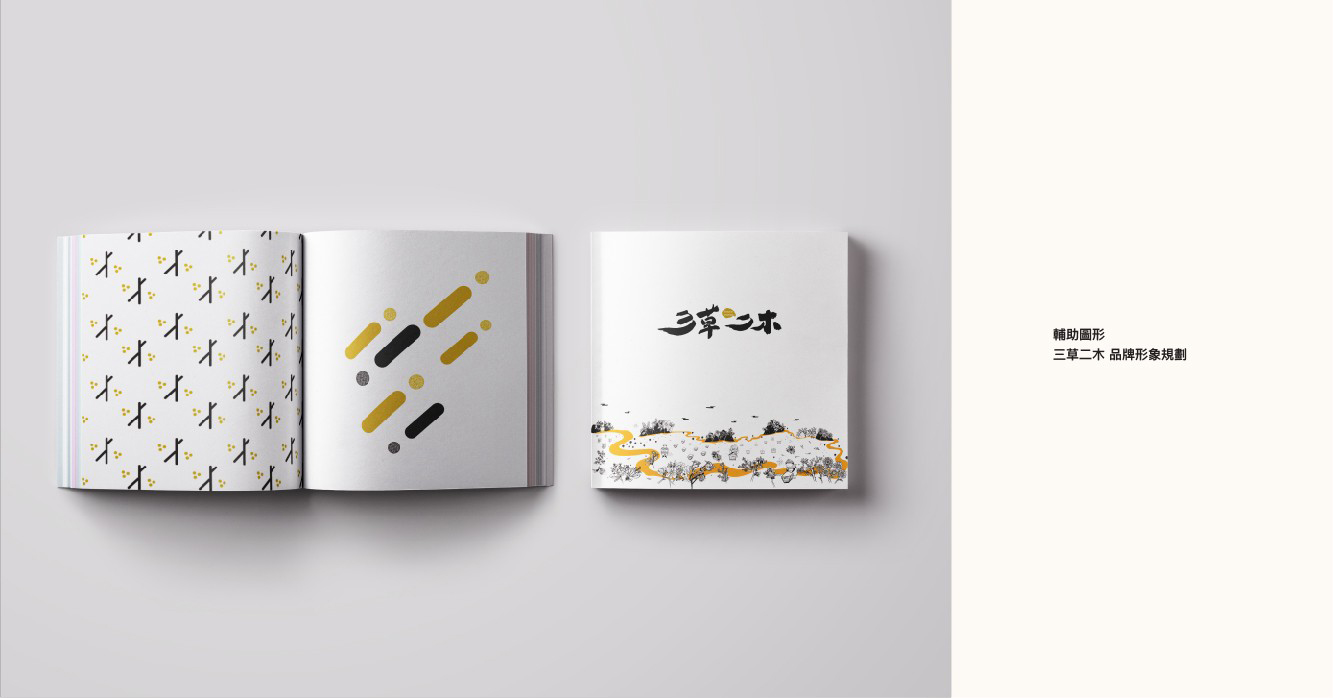 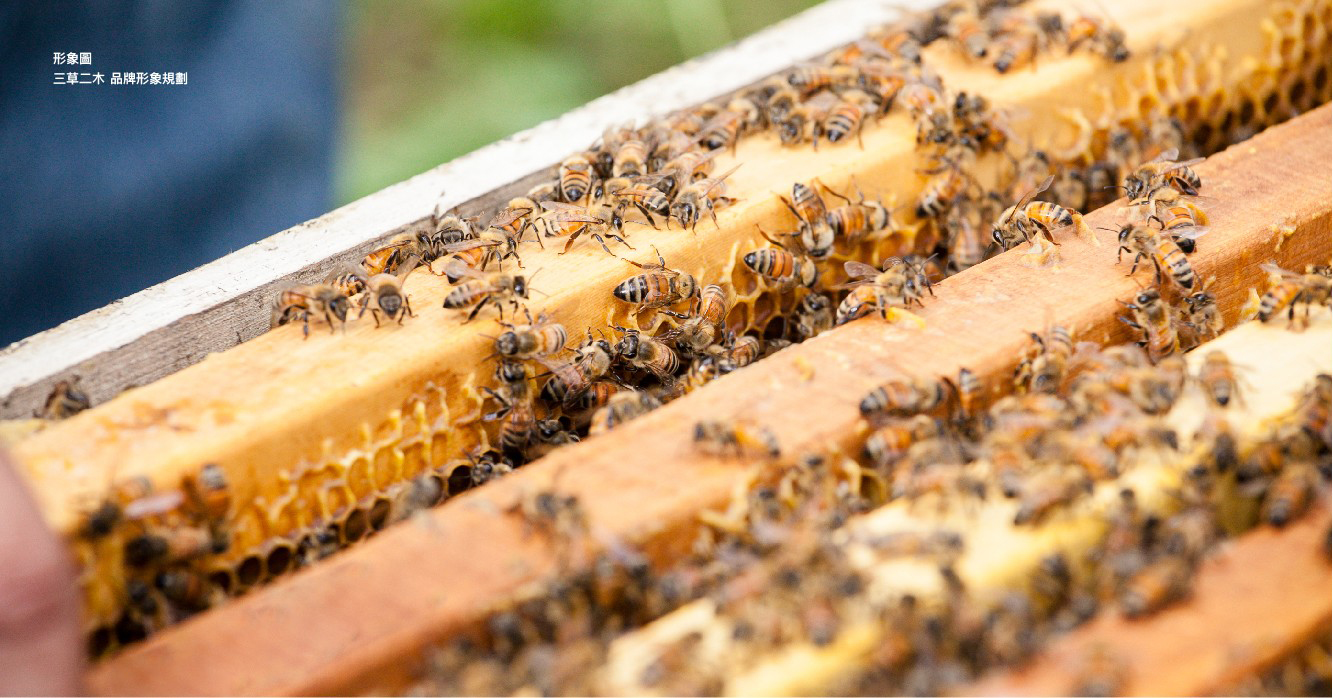 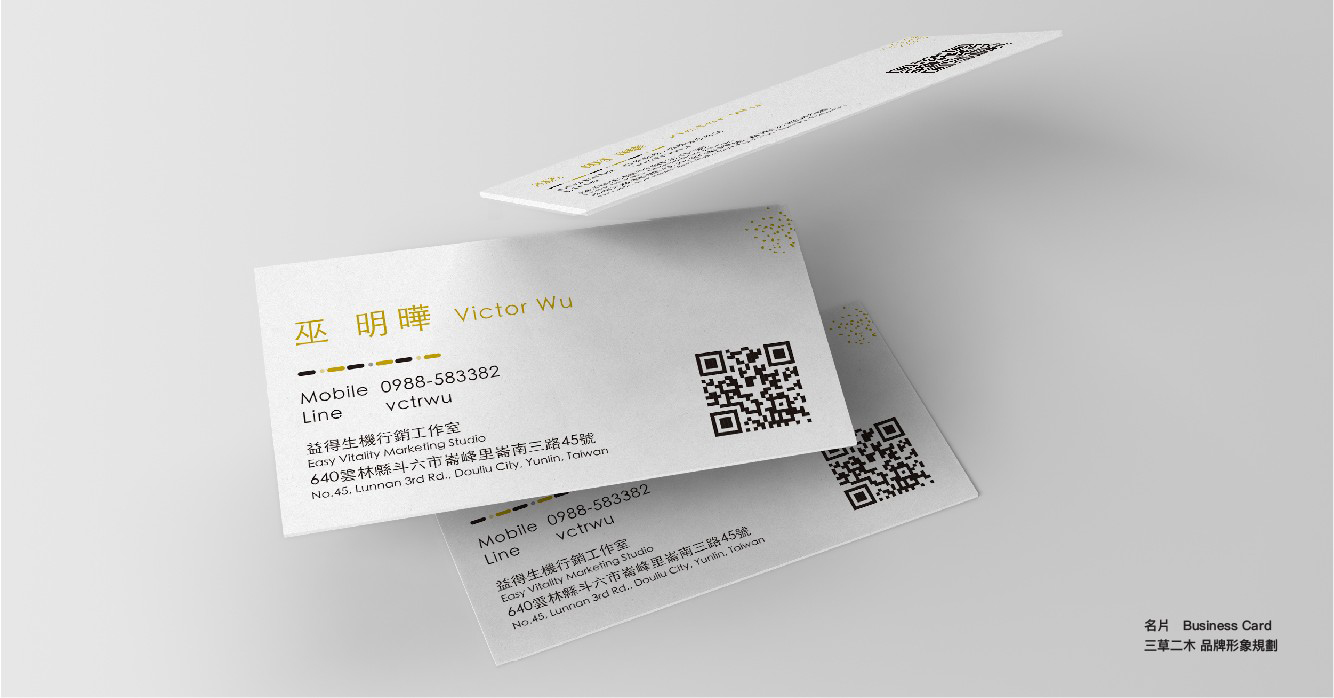 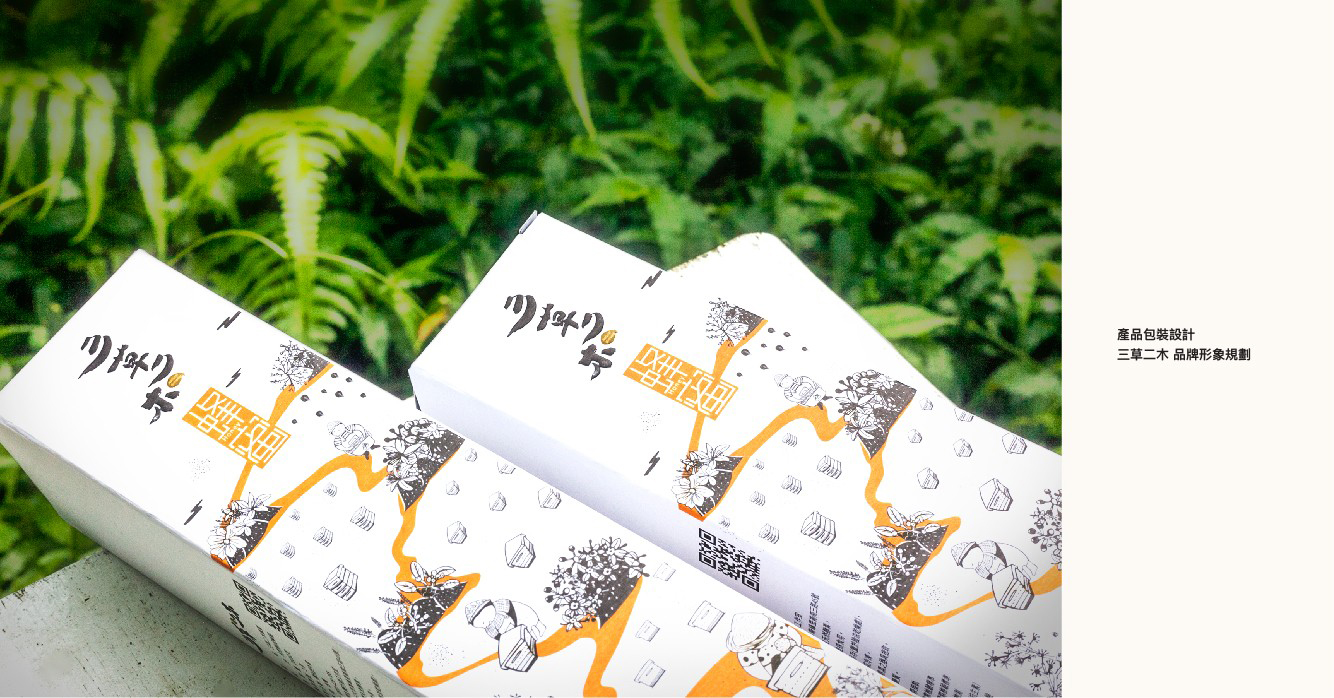 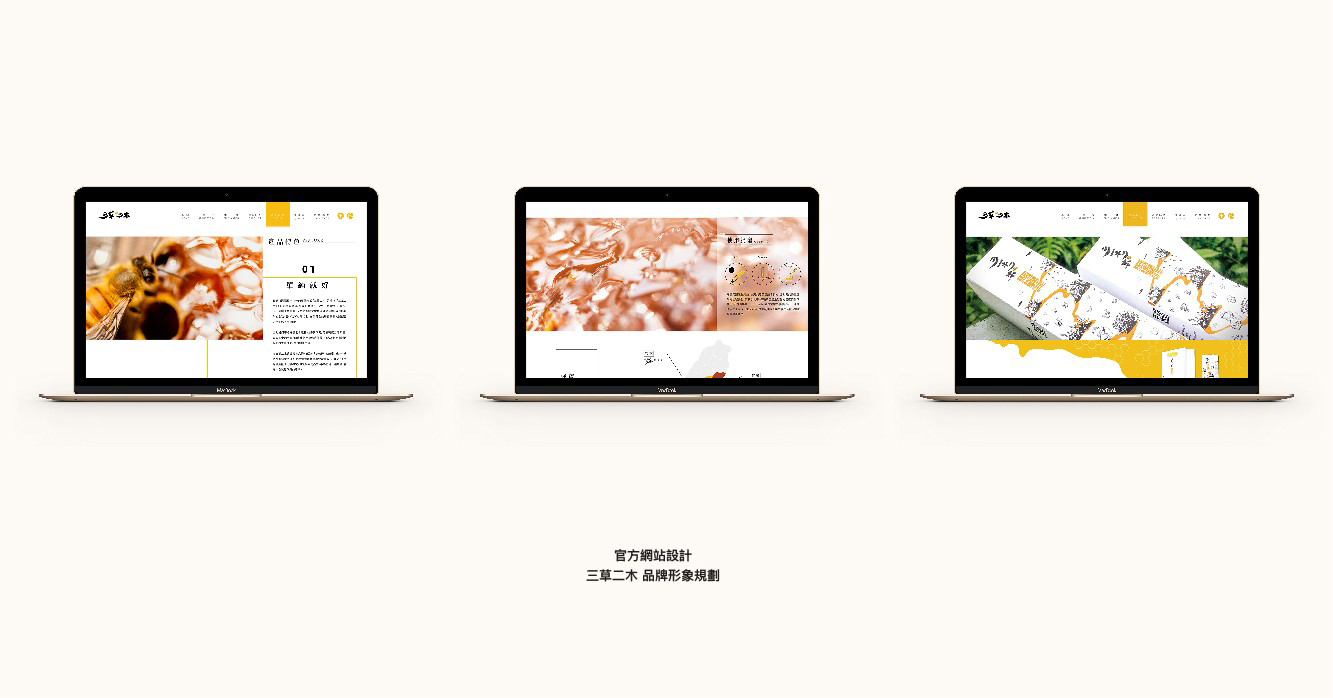 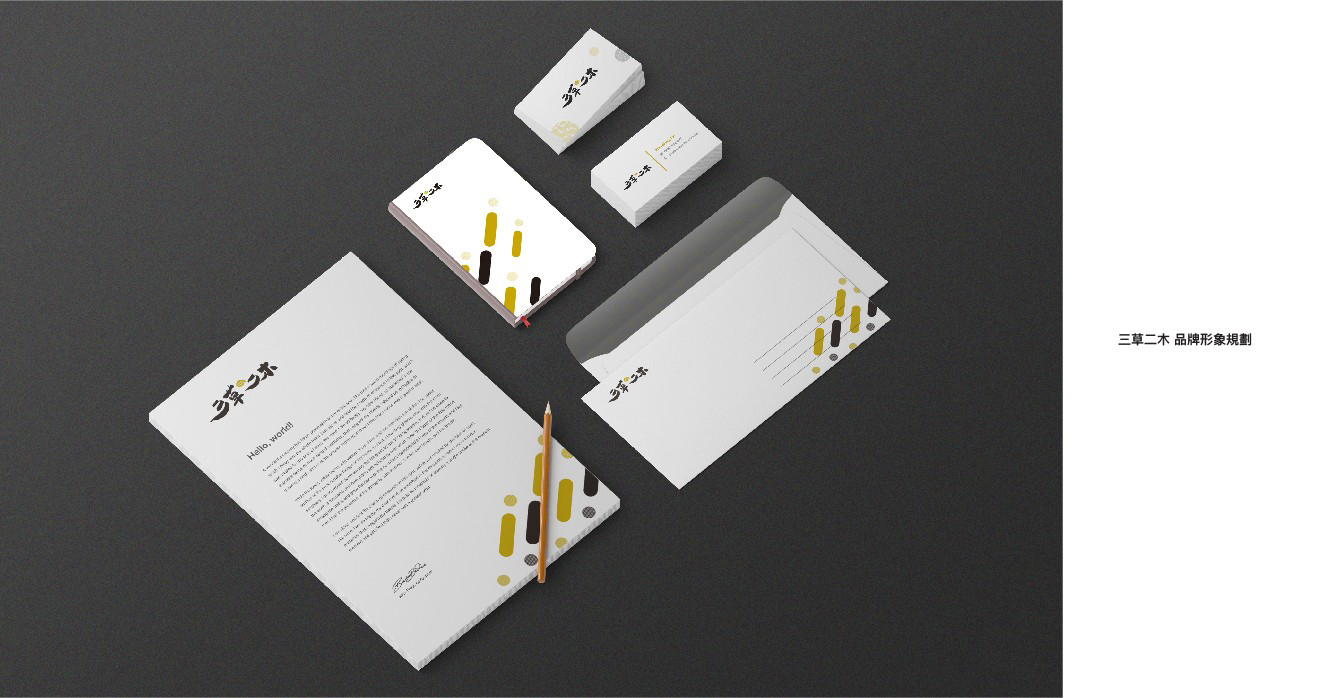 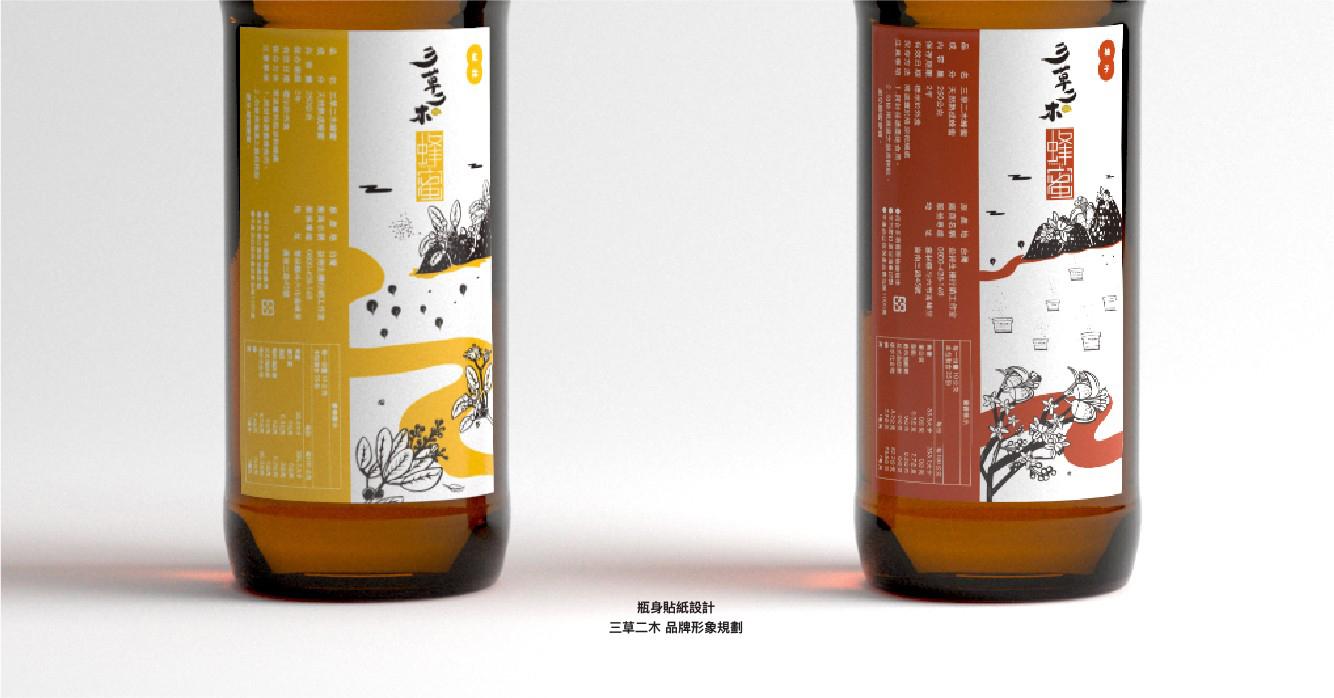 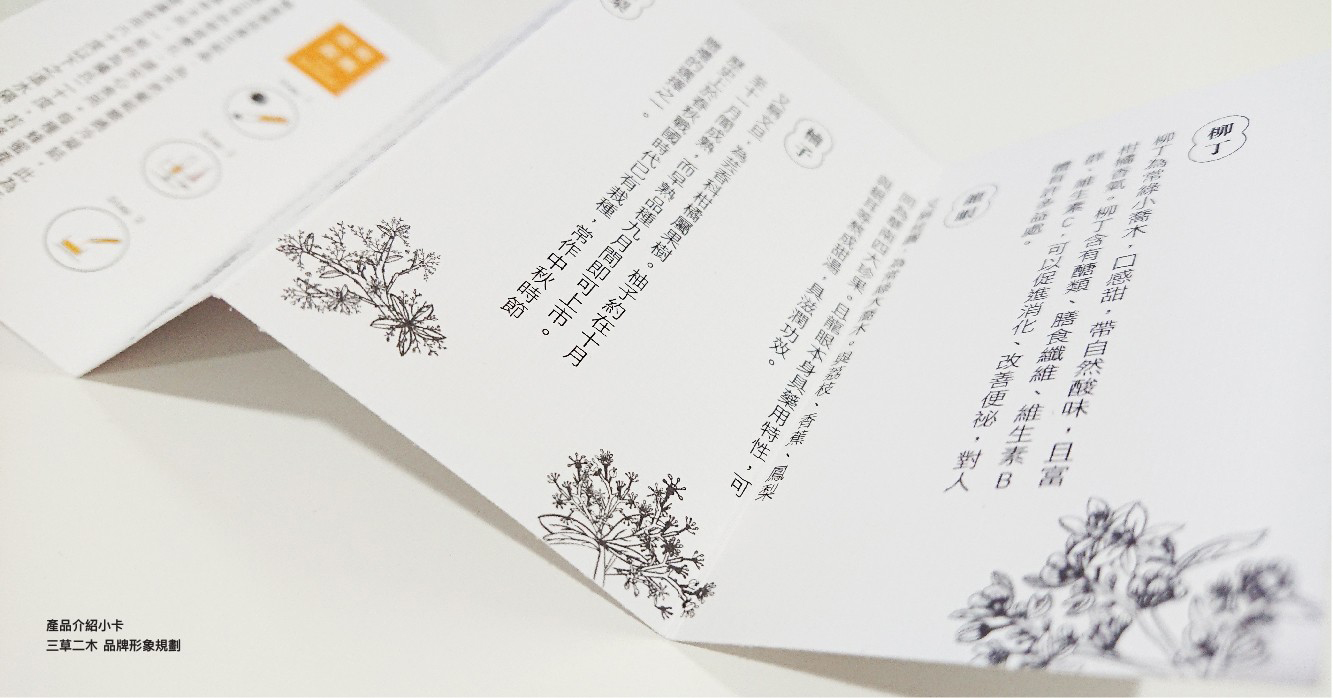 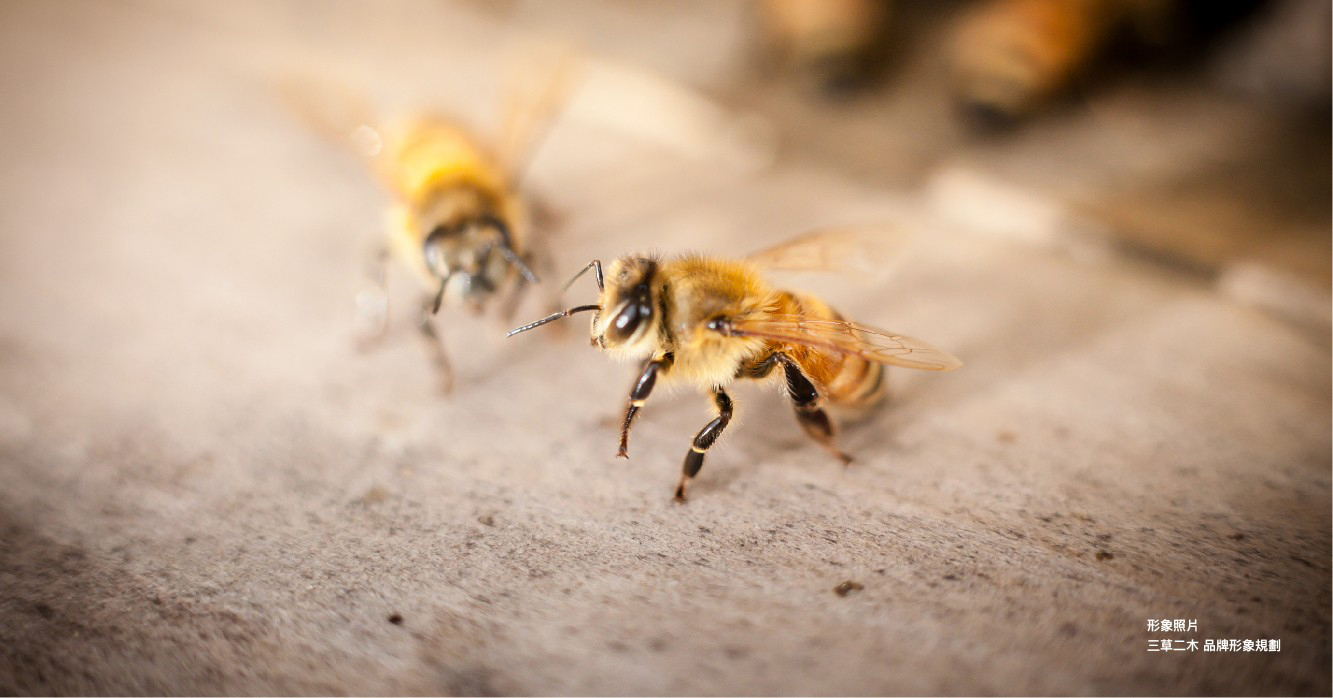 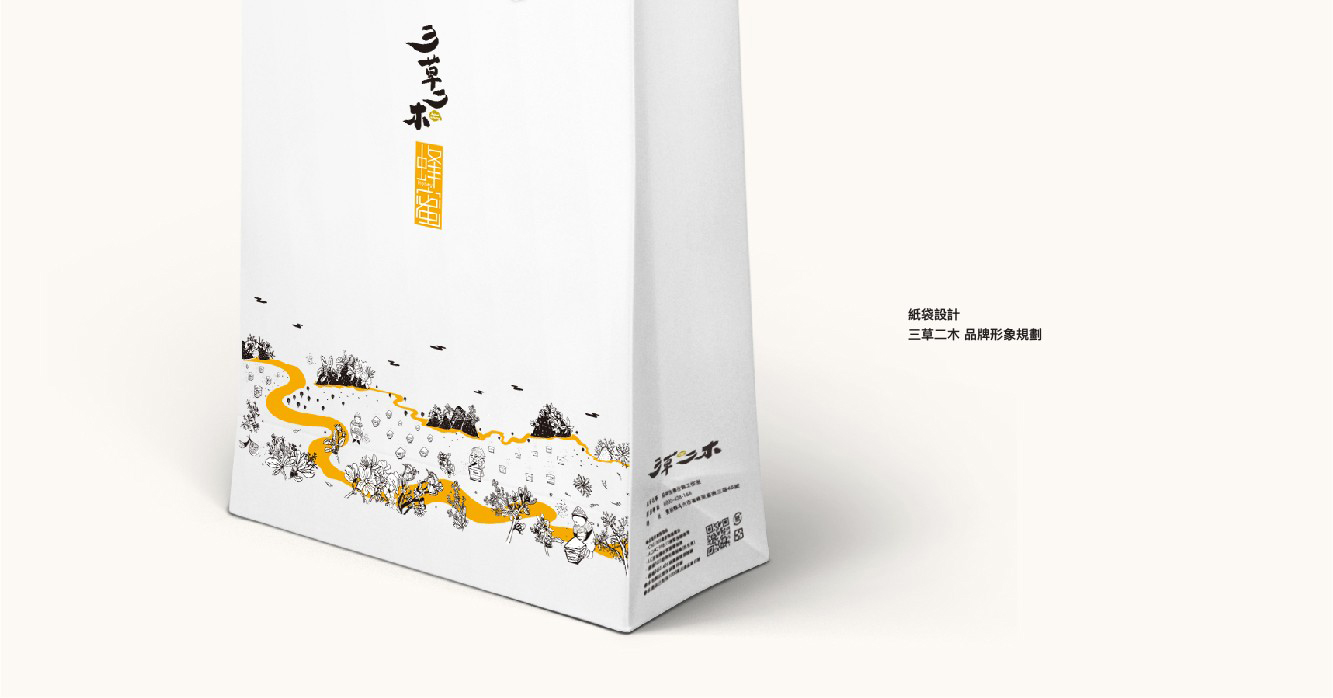